These are the notes for lectures "Professional Ethics" and "Social Issues", in the course Networked Information Systems (COMP2410/COMP6340), prepared for the Australian National University, May 2011 (updated May 2012 and May 2013) by Tom Worthington. 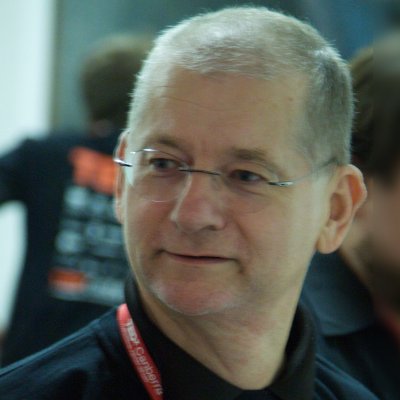 Tom Worthington is an Adjunct Senior Lecturer at the Research School of Computer Science in the College of Engineering and Computer Science at ANU. He teaches ICT Sustainability. In 1999 Tom  was elected a Fellow of the Australian Computer Society for his contribution to the development of public Internet policy. In 2010 he received the Canberra ICT Education Award for his  Green IT Strategies course. The accompanying textbook is used for university courses in Australia and North America.

Tom consults to government and industry on technology policy and has been an expert witness in several court cases involving patent, computer and telecommunications issues. He is a Certified Professional, past president, Fellow and Honorary Life Member of the Australian Computer Society, a voting member of the Association for Computing Machinery and a member of the Institute of Electrical and Electronics Engineers.

Why Study Ethics in a Networking and Web Course?

Professional ethical issues can occur in developing any information technology. However, the Internet and web allow many more people around the world to quickly connect to an IT system. As a result professionals are more likely to confront ethical issues when dealing with the Internet and the World Wide Web. Professionals may be called to account for their actions not only in their own country, but in any jurisdiction in the world.

A President of the Australian Computer Society (ACS) provided a much shorter definition of ethics:

Doing the right thing even when no one looking.

From: Philip Argy, as reported at the ACS Canberra Branch Conference 2007, 2007

The ACS has a Code of Professional Conduct and Professional Practice, incorporating a code of ethics which requires all members to act with professional responsibility and integrity. The code is only binding on members of the ACS, but courts are likely to use such codes when judging the actions of professionals, even if they are not a member of a particular body.

In decreasing order of priority, the ACS Code of Ethics lists:

Professional ethics are mainly concerned with applied ethics (as used in the workplace). However, research at the ANU on meta-ethics and normative ethics provided a better understanding how ethics applies to ICT.

The researchers conducted a survey and interviews of ICT professionals on their attitudes to ethics and the IT industry (Lucas, 2008). One finding was that those borne 1981 to 1999 (so called "Generation Y") thought:

Further research in this area is being proposed by ACS.

The Australian Federal and State Governments have enacted Professional Standards Legislation, coordinated by the Standing Committee of Attorneys General, which regulates some professions, including engineers, solicitors, accountants and IT professionals. In return for accepting mandatory levels of qualifications and training, professionals are able to limit their liability.

The Australian Computer Society sent me a message to say I could apply for a new category of membership, the Certified Computer Professional. This allows limited liability, under Professional Standards Legislation.

In return for this a Certified Computer Professional has indemnity capped at as low as $1.5M. In effect society is saying they trust suitably qualified professionals to act responsibly.

Ways by which an expert witness giving opinion evidence may avoid criticism of partiality include ensuring that the report, or other statement of evidence:

All 110 years of transcripts of parliamentary proceedings are now available for the Australian Parliament as search-able web content. Hansard, as the record of the Senate and House of Representatives, is known, display by default in HTML, but can be downloaded as XML (under a Creative Commons licence) for analysis.

Here is an example. Starting at the search page, I entered my name "Tom Worthington", which produced 66 Matches:

Nine of these are catalog entries for my books held in the Parliamentary Library, such as Green Technology Strategies. Twenty are mentioned in Parliamentary committees. Only seven are actual mentions by parliamentarians in the Senate.

ADJOURNMENT - Information Technology: Access - Senate Hansard - 9 August 1999
so ago. This year's theme `The Bush Telegraph for the 21st Century' targeted questions of information technology for non-metropolitan regions. The range of speakers included Tom Worthington , who is the immediate past president of the Computer Society; Fay Lamont, a finalist in the Telstra Businesswoman of the Year Awards...

Clicking on the link brings up that the portion of the Hansard, as a web page (in XHTML 1.0 Transitional), as well as the option to Download the Fragment as PDF, or as XML.

While it is good that Hansard is available on-line, the interface could be improved:

The provision of Hansard in this way also creates ethical dilemmas for IT professionals involved in its maintenance. By definition, these electronic documents form part of the law of Australia. It would be very tempting for a future unscrupulous government to modify the record to suppress unpleasant facts. The IT professional responsible for designing the system has to build in safeguards to prevent this happening. However, there will still need to be provision to correct errors, as so a way to modify history. If ordered to modify the records in an improper way, will the IT professional refuse, even in the face of the threat of dismissal or more extreme punishment?

Professional Ethics in the Design of Emergency Warning Systems

After the 2004 Indian Ocean Tsunami, the United Nations coordinated the establishment of an Indian Ocean Tsunami Warning System. However, such systems are designed to warn public officials at a national and regional level and there could be a delay before the general public receive the warning. The advent of the Internet and the web allow for the possibility of direct warning to the general public. This creates ethical dilemma for ICT professionals who will be required to ensure the systems are sufficiently reliable.

There are risks to the community, even from a reliable warning system. The promise of being offered a rapid warning may lull the community into a false sense of security, waiting until the last second for the official warning before taking action to protect themselves.

On 3 March 2010, The Hon Julia Gillard MP, Minister for Education announced that the Australian Government will implement a "My University" website (modelled on the "My School" website), to inform students about institutions, courses and pathways.e website commenced in 2012, with a largley positive response.

Suppose you are employed as a team member by the government, to support for MyUniversity.gov.au. Your supervisor has asked you to look through the site’s access logs to to help determine which features of the site should be upgraded, due to their relative popularity. While you are looking through the logs, you notice that some users are exploiting a bug in the code. These users are running a specially-designed script which allows them to extract "league tables" identifying which universities give the best marks to which categories of students and are selling that data.

Fixing the bug will require resources to be diverted from implementing new features which the Minister for Education has announced. Your team leader, ask for your advice on what to do.

To help, here is an excerpt from the ACS Code of Ethics:

Suppose that fix of the security bug in the system resulted in the system being unavailable for four weeks, instead of the planned four hours. As a result Australian universities have lost millions of dollars from overseas students who did not enrol. Imagine that you are an independent expert witness assisting a court investigating the failure of the system.